Earlier this week, a music news website published a list of 37 “white power” bands which were being streamed online.

Less than 48 hours later, Spotify announced they had removed some of the bands from its service in America.

The Swedish company says it is also considering taking down the other named artists on the list.

However, many of the artists in question are still available for streaming in the UK.

Newsbeat has contacted Spotify but have not confirmed whether they would be removed in other parts of the world.

“The music in our catalogue comes from hundreds of thousands of record companies and aggregators all over the world, and those are at first hand responsible for the content they deliver,” they said in an official statement. 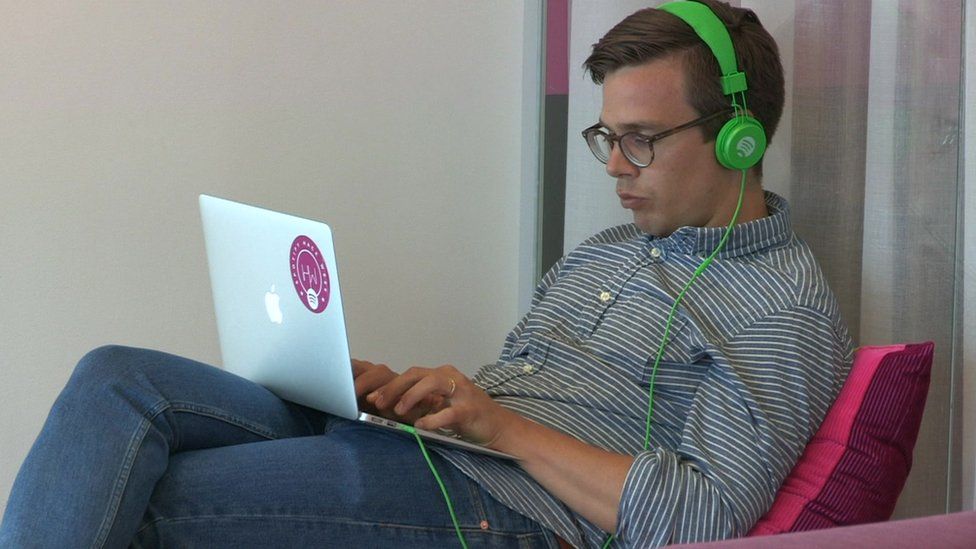 “Spotify takes immediate action to remove any such material as soon as it has been brought to our attention.”

“We are glad to have been alerted to this content – and have already removed many of the bands identified today, while urgently reviewing the remainder.”

Spotify also gave a second statement to Billboard magazine, which outlined its stance on offensive music.

“Illegal content or material that favours hatred or incites violence against race, religion, sexuality or the like is not tolerated by us,” it said.

The artists named in Digital Music News’s recent article include British artists, including Coventry band Skinfull, a group of middle-aged men who “say whatever we want regardless of who we may offend”.

Artists removed from Spotify had very low numbers of subscribers and play counts on the service.

In 2014, iTunes removed music with white supremacy messages from its download service after the Southern Poverty Law Centre (a service which monitors hate groups in America) raised the issue.

Adam Driver leaves interview 'because he can't stand listening to himself'